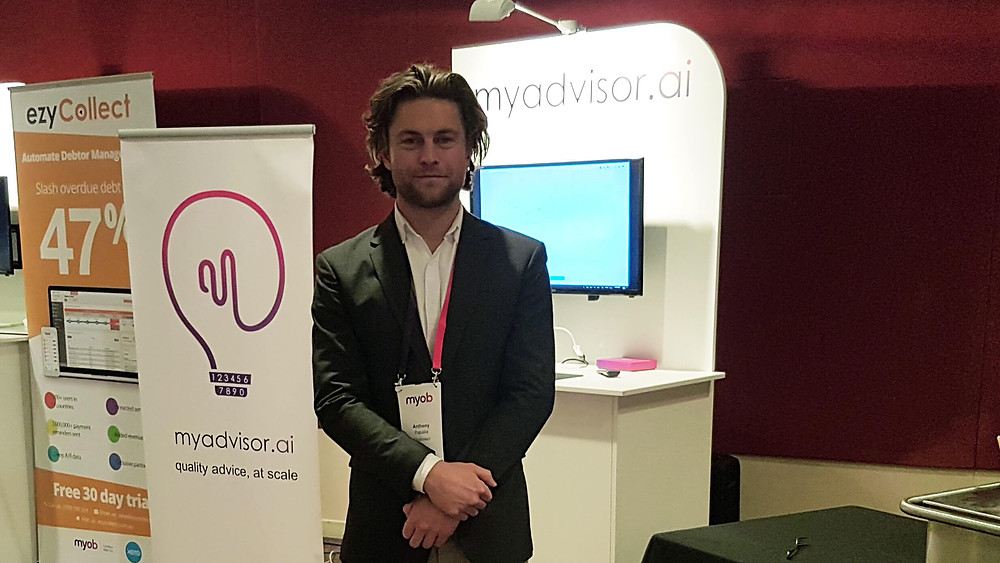 MYOB have a long history of empowering accounting practices, always exhibiting a clear understanding of the role that accountants play as trusted advisors to business owners. Despite there being many attempts throughout the industry, for over twenty years, accountants have struggled to find the tools they needed to break into the advisory market. The options available to them were simply too complex or cost prohibitive.

In 2018 MYOB would partner with Propel Ventures to create an AI powered solution that would be accessible in terms of ease of use and cost. Propel Ventures would set out to give an unfair advantage to those practices who were ready to explore the role of AI powered advice within their practice. The aim of this advisory tool, which would be name MYOB Advisor, would be to allow an advisor to generate a report filled with insights in less than ten minutes.

Accountants have an important role to play in providing advisory services to small businesses. Before MYOB Advisor accountants were hamstrung in their abilities due to provide these services the complexity and inaccessibility of other reporting products and most critically the lack of time spare to prepare. The manual analysis of a company’s accounting data takes a great deal of time and accountants had been forced to choose which of their customers were going to receive a high quality advisory experience or a low quality one.

In the broadly homogeneous market of accounting services, a failure to differentiate on the quality of a practice’s service can be a critical failure. Providing a practice with a means of generating meaningful insights for an advisory discussion in under 10 minutes would prove to be a revelation.

Propel Ventures have a deep understanding of the accounting industry, acquired through years of experience leading Australia’s largest accounting platforms. The challenge of improving the advisory capabilities of MYOB’s customers was a problem that was simple to solve in concept, but technically challenging in practice.

It was clear conceptually that if accountants were not able to find the time to prepare advisory reports for their customers, then an algorithm could be built to do the work for them. This would see Propel Ventures treading unbroken ground in the field of ‘natural language generation’ and would risk bringing the customer dangerously close to the pitfalls of direct customer-AI interactions.

With an innovative and creative vision of an AI advisory assistant in mind, Propel Ventures set out with a plan of intensive user testing, development and research that aimed to see this new advisory solution released to market by MYOB in six months.

MYOB Advisor is launched in March 2018

The AI solution designed by Propel Ventures scrutinises accounting data, identifies insights and crafts those insights into sophisticated natural language reports – advisors are then able overlay their own commentary onto those reports and focus their time on having insightful conversations with their customers.

MYOB Advisor’s has given MYOB customer’s the tools they need to realise efficiencies and improve their quality of service. They can now spend more time having meaningful discussions with their clients that deliver real value and insight.

MYOB CEO at the time Tim Reed said that MYOB Advisor was the first step towards helping accountants, bookkeepers and their clients to unlock more of their business goals.

“We know that accountants and bookkeepers want to grow their advisory services, and MYOB Advisor is one way they can offer greater value to their clients,”Mr. Reed said.

“MYOB Advisor frees accountants and bookkeepers’ time while also assisting with actionable business outcomes.” MYOB Advisor also won an award from the Australian Financial Review as one of Australia and New Zealand’s most innovative companies of 2018.

Propel innovate around the challenges to creating AI user experiences

Artificial intelligence within a modern business context tend to appear as background utilities. The feedback loops and neural networks that drive modern AI algorithms are abstracted away from the customer interactions that they enrich.

Research shows that without a great deal of care, a smart strategy and an expert implementation AI assistants and other AI constructs with regular human interaction, can evoke irrational negative emotional responses from users. Failing to avoid the ‘uncanny valley’ effect is one of the most common pitfalls of customer-AI interaction design, something Propel Ventures indevoured to avoid during the development of MYOB Advisor.

This effect of the negative emotional response to the emulation of human traits is known as the ‘uncanny valley’ hypothesis. The idea was first stated by the roboticist Mashahiro Mori, and as applied to robotics it asserts that human’s respond to the imitation of human traits in a manner described by a particular curve (figure1), where any slight degree of human-ness evokes a positive response, such as simple expression, or ordering objects to another human’s preference. These positive emotions then begin to turn negative as more sophisticated human traits are imperfectly emulated, such as can be found the emotional responses of fear or revulsion to robot-human analogues. This negativity lasts for as long as it takes for the system to mimic the traits of a human more perfectly.

This ‘uncanny valley’ hypothesis, while focused on human likenesses in robotics does seem to also describe the reception of AI algorithms by humans. Where the AI algorithm that mimic a few, quite simple human traits (i.e., ordering content to another human’s preference) are more warmly accepted by customers than those that endeavour to take on more sophisticated traits (i.e., chatbots). With the broad acceptance of an AI algorithm rising as the quality of the emulation increases (i.e., Siri).

As AI steps closer, moving from the background into the foreground of customer engagement, few innovators have succeeded in producing AI customer experiences that can shed this Uncanny Valley effect, and it is a non-trivial impedance to realising the full potential of AI for business. For this reason, a great deal of innovation was required when designing the interaction model for the ‘MYOB Advisor’ solution, a revolutionary AI ‘advisor in the loop’ design pattern (figure 3) that allows the algorithm to step forward and assume a collaborative role in adding value to customer engagement.

Working in favour of the ‘MYOB Advisor’ solution was the fact that accounting data is extremely high quality. Accounting data can be interpreted according to known rules, and the data is stewarded consistently by Accountants who also play the advisory role within the ‘advisor in the loop’ AI pattern.

Perhaps the most critical fact was that accounting data insights can be described adequately in terms of descriptive statistics (i.e., x has risen by n between y and z meaning…). In fact, the written description of the insights proved to be far more readily comprehensible than just having the data presented in a chart or table.